The financial situation of the Millennial generation could have societally explosive implications. 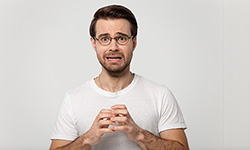 Definitions of the birth period for Millennials vary, but the Pew Research Center (Washington, DC) identifies 1981 as the first birth year and 1996 as the last birth year for this demographic cohort. Going by this widely accepted span, Millennials were between age 23 and age 38 at the end of 2019. Many stereotypes about this generation have become running jokes and disparaging memes among older generations (but the derision goes both directions, as the "OK, Boomer" meme shows). Obviously, such jokes do not reflect all Millennials' actual opinions and behaviors; however, the ready availability of fairly low-cost electronic devices, computing capabilities, and on-demand mobile applications have driven a generally open attitude toward and frequent interaction with technology and many types of social media. The general economic environment in which Millennials grew up could prove to have long-lasting financial effects that governments and companies will have to consider during the coming decades. The effects of Millennials' financial throes and troubles will go far beyond this age cohort and affect entire economies.

In comparison with members of older generations, Millennials are approaching middle age at a disadvantage. Because Millennials grew up during the Great Recession, many of them were unable to establish a financial foundation for future years. In addition, Millennials now face the prospect of Baby Boomers' requiring an increasing amount of Social Security (US Social Security Administration; Woodlawn, Maryland) support, which Millennials will have to fund. The US Social Security Administration foresees that in the United States, only 2.2 workers will exist for every beneficiary by the time most Baby Boomers retire in 2035—down from 2.8 workers per beneficiary in 2018. According to the administration, the developing gap between working and retired people will create a $2 trillion deficit in the next 75 years. Millennials are faring worse financially than did any previous generation since the Great Depression. Economists at the US Board of Governors of the Federal Reserve System (Federal Reserve Board; Washington, DC) analyzed and compared financial data—including income, consumption, and debt—for Millennials, Generation Xers, and Baby Boomers. Results of the comparison showed that the inflation-adjusted net worth of Millennial households was 40% lower than the net worth of Generation X households in 2001 and 20% lower than the net worth of Baby Boomer households in 1989—a comparison of the generations at similar life stages. The financial situation of the Millennial generation could have societally explosive implications. Millennials will encounter financial issues, and Baby Boomers and Generation Xers will likely see financial downsides because Millennials will be unable to pay for their Social Security needs.

What is now a problematic development could become a major crisis situation if the current economic-growth period ends. During the next recession, Millennials without a financial buffer will face bitter prospects. According to economists at the Federal Reserve Board, Millennial men in 2014 had about the same income that Generation X men had at the same age and some 10% less income than Baby Boomer men had at the same age. And Millennial women made less than did Generation X women. These facts should come as a warning, given that the economy as a whole has grown substantially during past decades. Furthermore, Millennials grew up with increasingly expensive education, leaving them with substantial debt to pay back. Whereas only about one-quarter of Generation Xers with some college education required loans, half of Millennials required loans. The result is painful: "The toxic combination of lower earnings and higher student-loan balances—combined with tight credit in the recovery years—has led to Millennials getting shut out of the housing market, and thus losing a seminal way to build wealth" ("The Next Recession Will Destroy Millennials," Atlantic, 26 August 2019; online). According to the National Association of Realtors (Chicago, Illinois), the median age of home buyers is now 46, which is the oldest age since the organization started keeping records four decades ago. Millennials were unable to take advantage of the increase in real-estate values. Worse, because a substantial number of Millennials are renters, they spent more of their income on rent than did members of older generations. If a recession were to set in, Millennials would see even longer value-accumulation delays and perhaps never even have the chance to accumulate value. For these reasons, some media outlets in the United Kingdom refer to the Millennial generation as "generation rent." According to a report by the UK government's All-Party Parliamentary Group on Housing and Care for Older People (www.housing21.org.uk/about-us/appg-on-housing-and-care-for-older-people), if rent costs and income levels rise at the same rate, more than 600,000 millennials in the United Kingdom will face the prospect of homelessness when they retire. This news is not only bad for Millennials but also bad for everyone else, because the misfortune of one demographic cohort tends to ripple through society across all living demographic cohorts.

Many people feel the impacts of this situation in a variety of ways. In the United States, consumer debt (not counting mortgages, which are as much investments as they are debts) has reached $4 trillion—a record level even when taking inflationary effects into consideration, according to an analysis of data from credit-reporting firm Experian (Dublin, Ireland). Student debt is about $1.5 trillion, and auto debt has reached $1.3 trillion. The US Bureau of the Census (Suitland, Maryland) shows that the median household income in the United States was just above $61,000 at the end of 2017. When adjusting for inflation, this number is only marginally higher than the 1999 number; because the economy as a whole has grown substantially since then, the situation indicates the financial shortcomings of many consumers. Even more striking, many of the gains that consumers were able to make went to the richest 1%, according to a Wall Street Journal study of data from the Federal Reserve Board. The Wall Street Journal highlights that remaining in the middle class puts many families into debt and argues that "the debt surge is partly by design, a byproduct of low borrowing costs the Federal Reserve engineered after the financial crisis to get the economy moving" ("Families Go Deep in Debt to Stay in the Middle Class," Wall Street Journal, 1 August 2019; online). Various developments have coalesced to paint a picture of the future that is potentially highly problematic overall. Millennials' struggles contribute to debt development and disappointing income growth. At the same time, Millennials' struggles will likely perpetuate or even worsen many of the problematic economic indicators that the current stock-market rally and employment rates tend to cover up.