Every major demographic shift has effects that ripple into multiple segments of society. 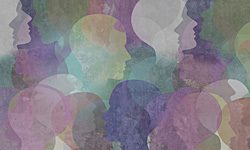 Changing demographic patterns in mature Western economies often stand in stark contrast to those in developing economies. For example, whereas population growth in Western economies has largely flattened, population growth in Africa is strong: The continent could see a jump in population from 1.2 billion people today to more than 4 billion people by 2100. The amount of agricultural land necessary to feed a global population of almost 10 billion people by 2100 using today's farming approaches would exceed all available land in the world today. However, family-planning decisions—for example, whether to have children and how many children to have—have deep roots in culture and lifestyles, including religious norms. Currently, organizations promoting contraception in Africa are facing strong headwinds. For example, in 2018, Tanzania's president, John Magufuli, couched opposition to birth control in matters of national pride and resistance to colonialism, telling "a public rally not to listen to advice from foreigners on contraception because it had 'sinister motives'. For good measure, he accused women who use birth control of being 'lazy'—it was their duty to have large numbers of children" ("Global population of eight billion and growing: we can't go on like this," Guardian, 7 July 2019; online). The cultural dynamics that determine changes in demographics around the globe have far-reaching effects on organizations. A number of dynamics deserve attention, with a focus on their transformational effects on societies and their economies.

Although the government of China changed its long-standing one-child policy in 2016, many people in China still do not want to have more than one child because of economic considerations. For almost four decades, the government of China enforced rules to control birth rates in the county as part of a strategy to boost the economy and improve living standards. Since 1980, income in China has risen from about $200 per capita annually to $10,000 per capita annually. Today's ongoing reluctance among Millennials in China to have a child or more than one child is resulting in predictions of shrinking labor markets, pensions, and tax revenues, creating government worries about the future competitiveness of the country and the viability of many social programs. The Chinese government is now considering ways to encourage parents to have more kids—for example, lowering the legal marriage age, offering special living-expense allowances for two-children families, and possibly taxing or penalizing couples that do not have children. As China's population levels off, India will likely surpass China as the world's most populated country by 2030. This switch in ranking could change the dynamics in Asia and lead to more companies' focusing on markets in India over markets in China.

The United States and other mature economies have experienced a leveling off of birth rates for some time, but cultural and lifestyle considerations remain driving forces of changing market dynamics in the economics of parenting. According to the Pew Research Center (Washington, DC), the percentage of US mothers who had only one child at the conclusion of their fertile years doubled from 11% to 22% between 1976 and 2015. And US Bureau of the Census (Suitland, Maryland) data show that US parents' having only one child is becoming increasingly common. Importantly, old stereotypes about only children's being bratty, spoiled, narcissistic, or otherwise maladjusted appear to be fading. In June 2019, Washington Post feature writer Caitlin Gibson highlighted that most of the negative social and psychological conditions people associate with being an only child came from an unscientific survey that psychologist Granville Stanley Hall conducted in the late 1800s and that credible research since then has debunked Dr. Hall's theories. The article also cites economic data that show raising a child (excluding college tuition) now costs an average of $230,000 and points out that many parents—particularly parents in urban hubs such as New York, New York—believe that they cannot afford to have more than one child.

Government reports from the United Kingdom also highlight that more than 600,000 people who do not own homes now could face homelessness when they retire because—without a salary—they will be unable to afford to rent. This problem is far from unique to the United Kingdom. Many countries have experienced soaring property and rental prices—particularly in major cities. The demand for housing is clear, but the construction market is apparently unable to meet this demand. Opportunities exist for companies capable of constructing low-cost social housing. For example, National Housing Federation (London, England) chief executive Kate Henderson argues that "the government must invest £12.8bn [$16.5 billion] in building new social housing every year...to ensure all generations have somewhere secure and affordable to live" ("UK's renting millennials face homelessness crisis when they retire," Guardian, 17 July 2019; online). Companies that help individuals manage their finances may also see an increase in business in the coming years, as Millennials begin planning for their retirement several decades in advance.

Despite the high costs of housing in the United States, many more US residents are living alone today than ever before. According to the US Bureau of the Census, only 13% of US households had a single member in 1960, whereas 28% of US households have a single member in 2019. Companies have already noticed and started reacting to this counterintuitive development. For example, companies that produce consumer packaged goods are offering smaller package sizes, and electronics companies are offering smaller appliances. As demographics and living arrangements change, companies must adjust their product-development and marketing efforts to these changes.