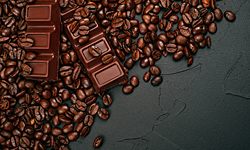 Although no one will have to suffer physical pain if products such as beer, wine, coffee, tea, and chocolate become more expensive, life might feel slightly less pleasurable if these simple luxuries become harder to buy. Because of climate change, growing key ingredients of many beloved foods and beverages is becoming more difficult, reducing yields and raising prices. For example, the beer ingredient barley is facing challenges as extreme weather brings harsher heat waves and prolonged droughts. Researchers from Peking University (Beijing, China); the University of California, Irvine (Irvine, California); and other institutions recently used climate models to predict how heat extremes will likely affect global barley harvests and then used economic models to estimate how lower barley yields might affect beer supply and price. Researcher Steven Davis of the University of California, Irvine, says that "future climate and pricing conditions could put beer out of reach for hundreds of millions of people around the world," ("Climate change may deplete the world's beer," University of California, 15 October 2018; online). Several countries could see beer consumption drop by one-third. Substituting other grains for barley is not a solution because yields of most grain crops will likely shrink as a result of climate change.

As temperatures increase and weather becomes more erratic in traditional wine-growing regions, the locations of vineyards, the types of grapes that can grow, and the quality and quantity of the wine that winemakers produce are changing. The International Organisation of Vine and Wine (Paris, France) found that European wine production fell by nearly 15% between 2016 and 2017 because of problematic weather conditions. Provence, France, lost 40% of its 2017 grape crop because of drought. In 2017, research by an international team of researchers led by the Karlsruhe Institute of Technology's (Karlsruhe, Germany) James Daniell revealed that the worldwide wine industry loses more than $10 billion annually because of extreme-weather occurrences and natural catastrophes. But climate change will have both negative and positive effects on the wine industry. For example, in 2013, a team comprising researchers from the University of California, Santa Barbara (Santa Barbara, California), and several other institutions found that climate change could cause some traditional wine-growing regions to lose as much as 73% of their agricultural land by 2050; however, changing weather is also shifting wine growing to new regions—notably China. Climate change may also alter the taste of some wines. In warmer temperatures, grapes accumulate sugar (which ferments into alcohol) faster than they do in cooler temperatures and ahead of the tannins and polyphenols that create wine's complex flavors. When temperatures rise beyond a certain point, vintners harvest early, sacrificing flavor for acceptable alcohol levels.

Similarly, climate change is threatening coffee production. The Intergovernmental Panel on Climate Change's (Geneva, Switzerland) Climate Change 2014: Impacts, Adaptation, and Vulnerability report highlights that by 2050, increasing temperatures could dramatically reduce coffee-growing areas in all the countries the authors studied—including in Brazil, which is currently the world's top coffee producer. In forest regions of Ethiopia and South Sudan, temperatures have been rising since the 1960s while the length of the wet season has been decreasing. These conditions are having negative effects on coffee farming. A 2017 study by researchers from the Royal Botanic Gardens, Kew (Kew, England); the University of Nottingham (Nottingham, England); Environment, Climate Change and Coffee Forest Forum (Addis Ababa, Ethiopia); and Addis Ababa University (Addis Ababa, Ethiopia) revealed that rising temperatures could make growing coffee impossible in as much as 59% of Ethiopia's current coffee-growing regions by the end of this century. Two related 2019 studies predict hard times ahead for wild coffee as well. In the first study, researchers from the Royal Botanic Gardens, Kew; the University of Nottingham; and Queen Mary University of London (London, England) found that 60% of wild coffee species are already at risk of extinction because of habitat destruction and climate change. In the second study, researchers from the Royal Botanic Gardens, Kew; the University of Nottingham; and Environment, Climate Change and Coffee Forest Forum applied climate-change projections to wild Coffea arabica (C. arabica) and found that the plant falls into the endangered category in their models. Although most coffee comes from cultivated C. arabica, wild coffee plants may have genetic traits that could be important in protecting cultivated C. arabica. For example, when leaf rust threatened cultivated C. arabica about 150 years ago, farmers identified the wild species Coffea canephora (C. canephora), which has a natural resistance to the rust. In time, cultivation of C. canephora offset the damage to cultivated C. Arabica, and both species are now important coffee crops. If climate change kills off species of wild coffee plants, the potential genetic solutions that those species represent may disappear.

Researchers also expect the negative consequences of climate change to make tea—most of which comes from China and India—more difficult to grow. In the April 2018 Environmental Science & Policy article "The tea landscape of Assam: Multi-stakeholder insights into sustainable livelihoods under a changing climate," an international team comprising researchers from universities and other institutions in Australia, India, Ireland, and the United Kingdom reports that 88% of tea-plantation managers and 97% of smallholders said climate change was a clear threat to their operations. Although overall rainfall is decreasing in Assam, India, individual rainstorms are becoming increasingly intense, causing both soil erosion and waterlogging, which damages tea-plant roots. Montana State University (Bozeman, Montana) professor Selena Ahmed spent time with tea farmers in Yunnan, China, who told her that increasingly intense rain during their monsoon seasons was decreasing their yields. In both Assam and Yunnan, climate change seems to be ushering in early monsoon seasons, which has negative consequences: smaller tea yields and decreased tea quality (tea plants' absorbing more water than they typically do dilutes some of the chemicals in the leaves that give tea its flavor). In addition to problematic rain intensity, rising temperatures in both regions are damaging tea plants directly and increasing the number of insects that damage the plants.

Another of life's little luxuries is chocolate, which derives from cocoa. About 70% of cocoa comes from the so-called West African cocoa belt—a region that spans from Sierra Leone to Cameroon—but Brazil, Ecuador, Indonesia, and Mexico are also important cocoa-producing countries. In the June 2016 Science of the Total Environment article "Vulnerability to climate change of cocoa in West Africa: Patterns, opportunities and limits to adaptation," researcher Götz Schroth and colleagues from the International Center for Tropical Agriculture (Palmira, Colombia) highlight that increasing dry-season temperatures and decreasing dry-season water availability will likely limit cocoa production in the West African cocoa belt and have harsher impacts in some locales than in others. If climate change reduces global cocoa production, the price of chocolate will likely increase.

Although climate change will not eliminate chocolate or humanity's favorite beverages, it is starting to reduce crop yields, increase prices, and change the flavors of some wines and teas. Farmers are beginning to experiment with adaptation strategies, but no silver bullets exist.

Signals of Change related to the topic:

Patterns related to the topic:

The Development of this Signal of Change

Because of climate change, growing key ingredients of many beloved foods and beverages is becoming more difficult.