Plasma-gasification technology may offer a high-volume, low-cost route to make green hydrogen from waste materials that would otherwise go to landfills. 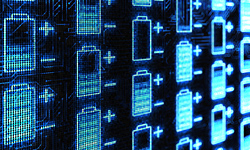 The city of Lancaster, California, plans to host and co-own a "greener-than-green" trash-to-hydrogen (H2) production plant with capacity to produce 3.8 million kilograms of H2 from 42,000 tons of recycled waste per year. Developer SGH2 Energy claims that the plant will be three times larger—and much less expensive—than any other green-hydrogen facility and cost competitive with the cheapest (and dirtiest) hydrogen from coal or natural gas. SGH2 parent company Solena Group developed the plasma-gasification process, which uses plasma (ionized gas that forms when an electrical discharge passes through a gas) to reach very high temperatures to induce thermochemical reactions in waste streams. Hot oxygen-enriched air blowing through the plasma torches contacts the waste feedstock (plastics, paper, old tires, textiles, and the like) and heats it to between 3,500°C and 4,000°C. The extreme high temperatures completely dissociate all the hydrocarbon molecules and form a high-quality (nontoxic), hydrogen-rich syngas comprising hydrogen, carbon monoxide, and carbon dioxide. Additional process steps convert carbon monoxide to additional hydrogen and carbon dioxide and separate the gases.

Plasma gasification is a proven (albeit not widespread) waste-to-energy technology that operates in Asia and elsewhere. Plasma-gasification facilities can offer municipalities several sources of potential revenue streams: collection of waste tipping fees, sales of energy-rich syngas or derivatives such as hydrogen, and sales of nonhazardous slag by-product for use in construction materials. The city of Lancaster expects that its planned facility may save the city more than $3 million per year on landfill costs.

Momentum is growing in many countries to establish hydrogen economies as a means of decarbonizing multiple energy sectors—transport, buildings, electricity generation, and industry. Although most hydrogen today derives from fossil fuels, adoption of electrolysis technologies is growing worldwide to convert excess renewable electricity to renewable hydrogen. Electrolysis remains expensive, however. If low-cost hydrogen production from plasma gasification proves successful in coming years, the technology may see wider adoption and could give cities a route to green-hydrogen production while diverting large volumes of waste from landfills. Adoption is probably most likely in areas with strict waste-treatment and recycling regulations. Hydrogen demand also needs to increase to enable this application of gasification technology.